It’s that time of the month again were Dark Sky Wales astronomer Martin Griffiths lets us know what’s happening in the sky this month. 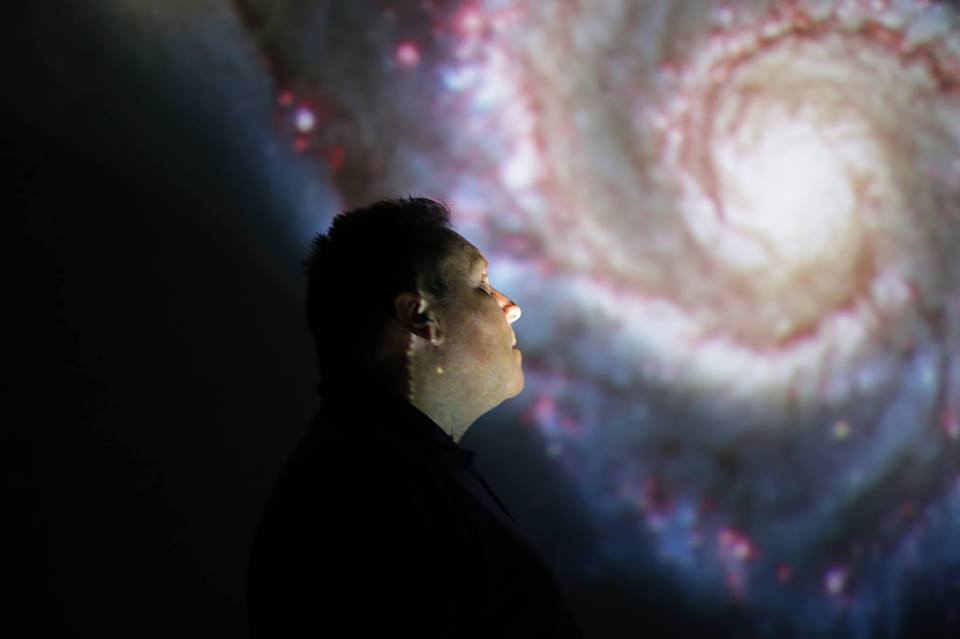 The darkness of early evening returns in November and clear nights give astronomers the opportunity to observe longer. The autumn constellations still dominate the skies but the winter groups are fast on their heels.

Mercury: is at greatest eastern elongation on the 24th November and may be spotted very low in the south west in the early evening around the last two weeks of November

Venus: moves into Libra this month and is a brilliant morning object shining at magnitude – 3.8 rising just before the Sun. It is close to Jupiter this month

Mars: is an early morning object in the constellation of Virgo, rising before the Sun and shining dimly at magnitude 1.8. it is close to the Moon on the morning of the 14th and 15th November.

Jupiter: is a morning object in close proximity to Venus and rises before the Sun and is a bright magnitude -1.5 object so should be immediately visible.

Saturn: Is still in Ophiuchus but is moving too close to the Sun for good observations this month.

Uranus: Is in Pisces and as a distant planet shines at magnitude 5.9 but still only subtends a small disk just under 4” across.

Neptune: The furthest planet from the Sun remains in Aquarius and rises in the evening shining at a miserable magnitude of 7.9. It has a very small 2” disc.

The Taurid meteor shower peaks on the evening of the 10/11th November but this is an under observed shower as it doesn’t have a lot of shooting stars to offer. Nevertheless, it has produced some bright, spectacular fireballs in the past so is worth watching. It has a Zenithal Hourly rate (ZHR) of just 12 meteors per hour.

The best shower of November is the Leonid meteor shower and it usually peaks around November 17 or 18. These meteors occur when the Earth passes through the debris left by the comet Tempel-Tuttle which takes around 33 years to make one orbit around the Sun and leaves behind a trail of debris that produces spectacular displays every 33 years. The last such display was in 1999 when over 5000 meteors per hour were seen. This year, the ZHR is expected to be around 20 per hour.

Minor planet Psyche is just 0.4 degrees north of Venus on the morning of the 4th November but will shine at a mere magnitude 8.2 in comparison to the bright planet.

On the morning of the 13th November, Jupiter and Venus are just 0.3 degrees away from each other

Constellation of the Month: Taurus

The stellar grouping that forms the constellation of Taurus is one of the most easily recognizable associations in the sky. The wide “V” shape of the head of the bull, and its prominent star Aldebaran plus the beautiful cluster of the Pleiades makes Taurus one of the marvels of the night sky. The constellation dates from antiquity, and has been recognized as a heavenly bull by practically every civilization on the face of the Earth; indeed, it is one of few constellations that actually look like the beasts they represent! In Greek mythology the constellation represents the Bull that Zeus became to run off with the nymph Europa. Only the head and shoulders of the bull are depicted in the sky and originate with this tale as the bull bore Europa across a river, making the body invisible.

The constellations of Taurus and Auriga are fused together into a large pattern in the sky which tells the tale of Hu Gadarn, the first man to link oxen to the plough. The entire assembly starts with Bootes the herdsman, that role now taken by Hu Gadarn, moves in a line through Ursa Major and comes down through Auriga to Taurus the oxen. If Hu is handling the plough, then it is easy to see why the seven stars of Ursa Major are so named in British tradition, although why Auriga is seen as the link to the oxen is now lost. On a dark winter’s night, Taurus dwells high in the sky as seen from Britain, and contains several objects of note.

By far the greatest deep sky object is the Pleiades, a jewel like cluster of seven stars that glitter like diamonds. The cluster actually contains over 200 stars, but only the brightest ones are visible the unaided eye. The cluster represents the seven daughters of Atlas, the giant who held the heavens from the Earth in Greek mythology. The cluster itself in mentioned in the literature of almost every culture and the Chinese made the first recorded observation in 2357 BCE, although it is possible that Babylonian scripts could go back further. The cluster is even mentioned in the King James Bible in the book of Job, chapter 38 vs 31.

The central star of the cluster, Alcyone, is the brightest object, ruling impassively over her blue supergiant sisters. The cluster is commonly believed to be only a few million years old, recently formed on the astronomical timescale, and this is borne out by the presence of shrouds of gas and dust that surround the stars with a blue nebulous glow.

To those fortunate enough to own a telescope large enough to show this nebula visually, the description above fits the asterism like the proverbial glove. The Pleiades lie about 520 light years away and are best seen with either a low power ocular, or even better, a pair of binoculars, which capture this fantastic group in one field. Close to Alcyone is a marvellous triple star that is readily apparent in a small telescope, whilst scattered around the field is an amazing assortment of bright stars and doubles. The Pleiades are a truly arresting sight, certainly one of nature’s visual successes

Not to be overlooked is the other major cluster of the constellation, the Hyades. This is the “V” shaped group of stars that make up the familiar outline of Taurus, and is remarkable in that it is the second closest star cluster to Earth, and hence is a stellar laboratory for cluster theories. The Hyades are approximately 130 light years away, and like the Pleiades, are best seen with binoculars; revealing a wonderful group of stars ranging from 5th to 10th magnitude. Theta Tauri is a naked eye double; both components are a glorious yellow in colour, whilst most of the other stars of the cluster are white. The primary star, Aldebaran, is not a component of the Hyades it lies 55 light years away, with the cluster making a pretty backdrop for this K type giant star, 45 times the diameter of our Sun.

The object that initiated Messier’s catalogue is to be found just above the star marking the southern horn of the bull. The Crab nebulae, so called by Lord Rosse was first seen by Messier in 1758, but had been seen by other observers prior to that time. Little did they suspect the impact this object was to have on the future of astronomy, as it was the first confirmed remnant of a supernova, plus the first visually detected Pulsar in our universe. The Crab nebula is an eighth magnitude smudge of blue white light in a small telescope, with a distinct “S” shape. Binoculars will be rather hard put to pick it up as it has a low surface brightness for an 8th magnitude object. Observers with larger telescopes may well be able to discern the filaments around the periphery of the nebulae, plus the few stars that appear to be imbedded in the gas, although these are only field stars.

The Crab is the remnant of a star that was seen to explode in the year 1054 A.D. and has a well-documented history in the annals of both the Chinese and the American Indians, although no sighting was made or recorded in Europe, presumably due to prevailing superstitions of the time or the loss of any records that were made. It was an incredibly bright object, visible in the daytime sky for over 3 weeks, and visible at night for over a year. Today, astronomers ponder over this marvel of nature that has taught us so much about the universe we live in.

In the eastern portion of the constellation, close to the border with Auriga and lying amongst the stars of the Milky Way is an enigmatic object that is invisible to amateurs, but may be glimpsed with a long exposure photograph. This is another supernova remnant, termed S.147, and is a wreath like vapour of gas that is difficult to separate from the background Milky Way. It appears to have originated over 50,000 years ago, but no pulsar has yet been detected in this part of the sky, only a faint source of radio emission. Perhaps age has caused the pulsar to become inactive or fade away.

There are several other objects to scan within Taurus, notably two star clusters, NGC 1647 and NGC 1746, which both lie between the horns of the bull. NGC 1647 lies just a short way in a direct line from the lower arm of the “V” of the Hyades and is a 7th magnitude group of some 25 stars in a nice compressed field which can be glimpsed with binoculars. NGC 1746 lies nearer the ends of the horns of the bull and is a more scattered group containing about 50 stars of 8th magnitude upwards. Both groups are visible in small telescopes and are a pleasing sight. Another two star clusters of note can be found together in the same low power field, and are NGC 1807 and NGC 1817 respectively. The richer of the two is NGC 1817, which contains over 50 faint stars, whilst NGC 1807 is a small unremarkable group of 15 stars in a compact group.